You’ve probably heard of snowboarding and skiing before. But there is another kind of winter sport that both snowboarders and skiers are adding to their repertoire, with a new piece of equipment.

This helps winter sports lovers, both beginners and experienced, go on even wider adventures in the great outdoors: splitboarding! 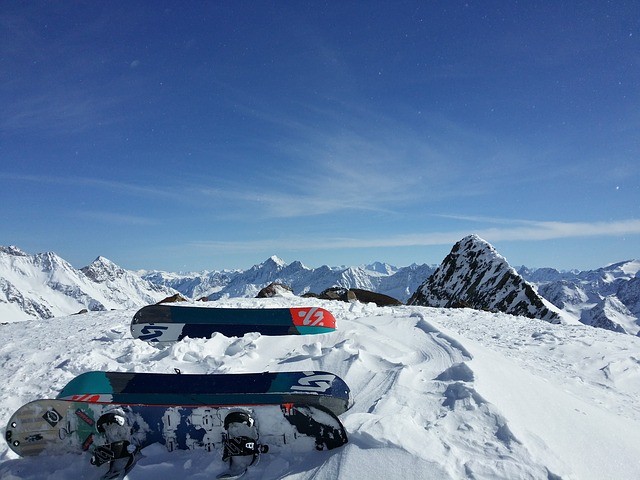 We cover all this and more, so read on for everything you need to know about using, buying, and mastering a splitboard on the untamed slopes!

What is a Splitboard?

Once upon a time, snowboarders who wanted to test their skills on the untended slopes of the backcountry had to wear snowshoes.

This let them travel uphill, looking on enviously as skiers climbed the heights much more quickly without any help from extra boots or lifts.

Enter the splitboard – a way to even the field between snowboarders and skiers with one piece of sports gear that can be used in both ways! Let’s learn some more about splitboarding.

There are several different types of this new equipment. Depending on your ability, your riding style, your terrain of choice, and your weight, you want to be sure to select the best board for you!

For example, a board with some kind of rocker is ideal for traveling over deep, powdery snow. A splitboard with a tapered tail is also good for soft terrain, as its tail will sink into the snow while the nose will rise above the surface.

Directional and stiff boards are ideal for tougher terrains, providing you with more power and control as you ride.

There are also boards specifically designed for male and female body types, with different sizes, flexes, and widths, to fit any snowboarder’s unique preferences and needs!

With a splitboard, a snowboarder can climb up a mountain like a backcountry skier would do, with their board on their feet instead of worn on their back as a regular snowboard would require.

Once at the top of the hill, the splitboarder can put the two halves of the board back together, turning it into a snowboard once more for the ride back down! Versatility is the name of this game. Another difference between snowboarding and splitboarding is the kind of bindings that you use. While snowboard bindings generally use discs or the EST system to connect to the board, split bindings connect through a sliding interface with a lock.

Splitboard bindings are also more likely to have an emphasis on being lightweight than regular snowboard bindings, making them designed for easy travel while hiking.

Finally, these bindings are designed to be mounted in two stances: snowboard stance and ski stance, also known as touring mode.

The bindings are meant for backcountry snowboarding, making them more durable than regular snowboard bindings.

Materials used to make splitboard bindings include carbon fiber and aircraft grade aluminum, which are both known for being lighter in weight and more durable than other materials.

Splitboards provide you with the ability to float over the snow as you climb up hills. Rather than stomp along on snowshoes, you can glide up the hill, spending much less energy than you would climbing otherwise.

You also do not have to carry the weight of your snowboard on your back as you ascend the hill, because the board is still on your feet!

Splitboarding allows you to make decisions about your boarding adventures limited only by your imagination and physical ability, not by your equipment.

Snowboard boots also tend to be comfier than ski boots, so splitboarding gives you that advantage over skiing. Instead, you can create your own path, taking on the untouched snow of the backcountry as you enjoy the beauty of nature.

You can get the valuable workout and bonding experience from climbing uphill, and feel the pride of descending back down the hill that you conquered with your own two legs.

Splitboarding technology has come a long way over the years, but older designs which might be more affordable to a beginner tend to be rather cumbersome and heavy.

As such, they make for a difficult climb and ride. Also, splitboards require their own specific splitboard boots and bindings for the greatest, smoothest experience, so if you are already an avid snowboarder, you will have to purchase some extra equipment in order to expand your repertoire into this field.

It may be more affordable for snowboarders to simply purchase a pair of snowshoes and use their regular board, unique advantages or no.

Icy weather conditions can also affect the bindings on your splitboard, freezing up the sliding interface parts that you use to turn the “skis” back into a single solid board.

This does not happen with a snowshoe or regular pair of skis. Of course, it’s very inconvenient to be left with skis at the top of the mountain, when you planned on snowboarding down!

Some boarders have also found that splitboards are less flexible than regular snowboards, because they are built to be used in mountainous terrain. This means that the board is less applicable for other activities and tricks.

Ultimately you should keep your own needs and preferences in mind, both physical and financial while deciding. Splitboarding, regular snowboarding, or skiing may not all be individually right for you!

Here’s a video showing a splitboard in action.

How to Do Backcountry Snowboarding

It can be very tempting to leave the groomed, maintained ski resort slopes behind for beckoning adventure in the great, untamed outdoors.

A backcountry snowboarding adventure can take you away from the crowds and into the wonders of nature! However, it is very important to learn some basic backcountry skills before trying a splitboard adventure.

A backcountry snowboarding adventure usually begins somewhere other than a ski area, and it includes only human-powered climbing.

There are no experts on patrol to ensure snow stability or safety; it is truly a wild world out there, and so there are steps to take for safety reasons before you begin!

Many backcountry organizations and guiding services across the nation offer winter skills and avalanche courses, which can give you the vital skills needed to keep yourself and your group safe while backcountry splitboarding.

These courses will help you learn the things you should and shouldn’t do. Additionally, these courses are great for meeting other boarders and skiers interested in the sport!

Though backcountry snowboarding can be a great way to experience nature on your own, it can also be a lot of fun as a team.

Online forums are also a good way to learn about backcountry snowboarding, to get ideas for locations on your next adventure, and to match up with travel buddies.

Though beautiful, the backcountry can be a dangerous place, especially since there is no ski patrol out there to rescue you in the wilderness.

It is also a good idea to begin with smaller tours in known areas as you test out your skills. Logging roads and snow parks can be great places to hone important talents such as skinning, route finding, and snow evaluation.

You can take on these simpler paths, ideal for beginners, on both fair weather days and complete whiteout conditions to be sure that you are ready for anything. Practice makes perfect, after all!

The buddy system can be an important part of backcountry snowboarding. Keep an eye on your partner and stay close to each other, and you will never have to fear getting lost on your own!

Have the Right Equipment

Important tools for backcountry snowboarding include a shovel, probe, and an avalanche beacon. An avalanche can happen anywhere, even in controlled terrain, so it is important to be prepared! Make sure that you know how to use these tools before you head out.

It is also a good idea to have additional survival equipment such as water and food, a first aid kit, an extra layer of clothing, a compass, and a map – just in case your trip ends up being longer than expected due to adverse weather conditions or difficult terrains.

How do Splitboards Work?

As mentioned, splitboards are ideal for a backcountry snowboarding venture, allowing you to “ski” up a hill and board your way down again without dragging snowshoes along with you.

Their bindings have free-hinging heels, which help you climb tough slopes, and the skins you attach to your splitboard halves work just the same as the climbing skins on touring skis.

At the start of your splitboarding journey, the two halves of the splitboard are bound together into a single piece of sports equipment. So, at the bottom of the slope, you first have to remove the retaining pin that holds the bindings to the board.

Next, unhook the clips that are at the nose and tail of the board. The board will easily come apart, leaving you with two long planks.

The center edge of the snowboard becomes the outside edge of each of the “skis,” allowing more edge grip on the snow beneath you.

Then you attach the bindings to the “skis.” Position the bindings in an uphill direction, running along the ski, and then attach the toe end of the binding with the retaining pin. This will allow your heel to move up and down as you walk up the slope.

For steeper sections of the climb, risers below the binding will assist your stride!

A typical snowboard does not provide much traction on snow, for obvious reasons such as the need for downhill speed!

Splitboards come with adhesive-backed skins which you attach to the base of the split halves of the board, creating traction and enabling you to walk uphill with the “skis” on your feet.

Clip the front of the skin to the nose of the ski. Make sure that the skins are aligned properly on the skis before you press them down, and especially be sure to press them extra firmly at the tail end of the ski!

Once at the top of the hill, you will remove the skins, re-attach the two skis back together again, and ride your board down the slope!

You will need one more piece of equipment in your splitboard kit before you start climbing: a pair of poles to help you ski with. Adjust the poles for your height before you head out splitboarding.

It is also a good idea to store extra layers in your backpack; while you likely will not need them on the way up, because climbing warms you up and it is much better to be dry than sweaty while snowboarding, you may need them again to combat the wind as you board back down the hill!

Once you reach the top of the slope, transition the splitboard back into downhill mode. Remove the skins and store them away in your backpack.

Then you remove the bindings from the skis, attach the board back together, and re-attach your bindings to the downhill plates. You will then be ready to descend!

This video shows more details on how a splitboard works.

Now you know what’s needed to begin splitboarding! There is no time like the present to get started on your next boarding adventure.

What are your thoughts on owning a splitboard?